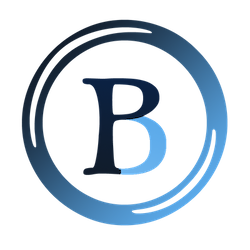 learn more at victoriagriffin.com
I have always loved books. From a young age, I devoured every book I could get my hands on. I sneaked into the “big kids section” when everyone else was scouring the picture books. I’d sink to the floor of the library, hunting for the thickest book I could find.

When I was seven, I told my friend a scary story. She loved it, so I decided to write it down. After watching my words being passed around the classroom, there was no turning back. I had found the rush of storytelling—the thing I would pursue all my life.

After high school, I studied English at Campbell University in North Carolina. As much as I loved Buies Creek (another tiny town), I missed the mountains. Growing up in the valley had conditioned me to be used to seeing mountains in any direction, always surrounded by them, like protectors on the horizon. I didn’t know what I would do with my degree, only that I would return home to East Tennessee.
​
I decided in my senior year to apply to graduate school and pursue an MFA in creative writing. Perhaps I would teach college. I thought that would at least allow me some time to write. But two weeks before the first game of my senior season, I took a hit to the head during a scrimmage. I’d had concussions before, but this one was different. It lasted four months, during which I couldn’t read or write. I lost my short-term memory and language comprehension, and I was in sensory deprivation most of the time, unable to be in public. Because I had done all my reading for classes in preparation of the spring softball season, I was able to graduate—though I did push myself further than I probably should have.
​
By this time, I’d built a decent Twitter following. I had been writing books and querying agents (unsuccessfully) while in school. And I’d published several stories in magazines and anthologies. The social media account was meant to be a platform for my writing career. But now, I turned to my Twitter followers with a quick question: “Does anybody need editing services?”

I booked a couple of projects. This allowed me to work at my own pace, and stop when I needed to. And it was fun. After all, I was the kid who stopped at a bookstore on the way to a tournament to buy the final Harry Potter installment the day it was released. I remember reading between games, trying not to get dirt on the pages. How could I not love getting paid to read?

I decided that I would give this thing a real go. I wanted to be a freelance editor, to do this full time. It wasn’t all easy, but I never expected it to be. In the end, it happened. I became a full-time editor, consistently booked out, with amazing clients who are doing big things in the traditional and independent publishing realms.
​
I took something I had seen all my life—books—and decided I wanted to be part of the process. Similarly, I decided I wanted to be closer to the mountains.